How Great Investors Avoid the Valley of Death

The Birth of the Angels ( Investors)

Angels are spiritual beings believed to act as an attendant, agent, or a messenger of God’. They are said to have wings, otherwise how they would carry the messages from God! Angel, is also used for a person of exemplary conduct or saintly virtue. In the investment world of private capital, angel was first used by Professor William Wetzel of the University of New Hampshire in 1978 to describe the people who invested in the ideas of entrepreneurs in the early stages of, turning an idea into a viable business. These investment ‘angels’ have no wings, they carry no message from God. They are earthly beings very much engaged in the pursuit of earthly pleasures and benefits. Even those angels who supported Broadway shows did this for their benefit. They did not want to lose their entertainment and it was also a way to flaunt their wealth on the streets of Manhattan in their horse drawn buggies. They carried no message from God. They financially supported the Broadway shows for their happiness and there was an expectation that they would continue to be entertained if they ‘gave’ their money to the theaters. This is where and how the word, angel, had its beginning to describe financial ‘patrons’ of a business and, later on, applied to the investors in an idea of a business in its early stages. This was the birth of Angel Investors.

The Valley of Death

According to the best estimates and per Angel Capital Association, there are more than 300,000 people who have invested in early stage companies as an angel investor during the past two years. Additionally, there are around nine and a half million people in the US with a net worth of a million dollar or more. So there could potentially be more than 300,000 angel investors. Regardless, it is a large number of ‘Angels’, many more than the spiritually imagined seven Angels- Michael, Gabriel, Raphael and the four others! These Angel Investors do not have wings to fly long distances with a great zeal to carry the message from God. These guys, on the other hand, literally tread with great apprehension in the ‘Valley of Death’, that is in the valley of investment death (Fig. 1 from Kauffman.org)! This valley of death is littered with corpses of early stage 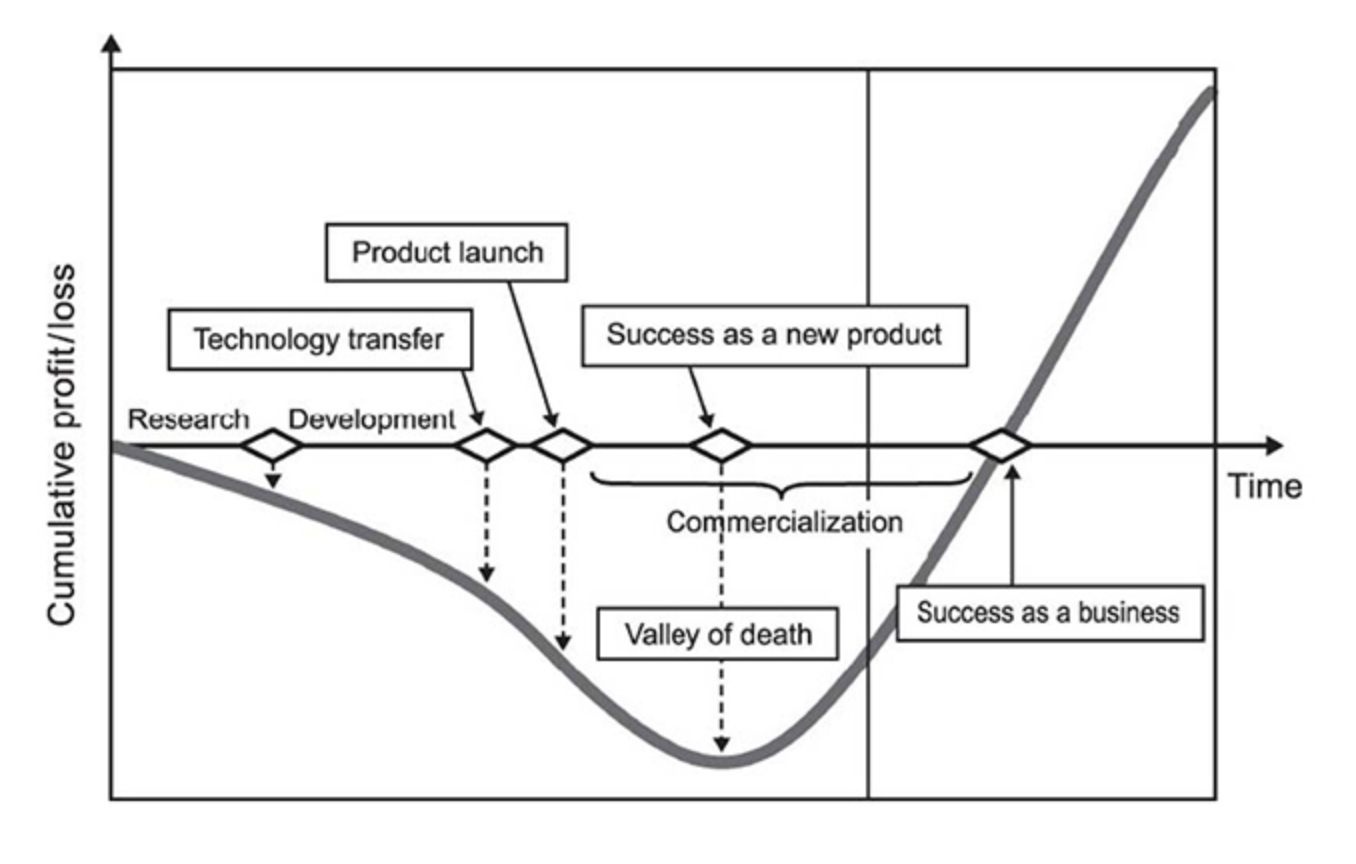 startups that could not avoid the high infant mortality rate, as high as 90%. According to the Center for Venture Research, total angel investment in 2015 was $24 billion coming from almost three hundred thousand angels who wrote an average check size of $10K-$50K in 71,000 early stage companies. With an infant mortality rate of 90%, this means that $21.6B will remain buried in the valley of death. This also means that the remaining $2.4B of angel investment will need to produce $96B to produce a 4x multiple of the original investment of $24B. A great climb out, indeed, from the valley of death!

A Perdition in the Valley of Death?

No, the valley of death is avoidable.. However, it is a great question to ask- how does one avoid being condemned to a perpetual perdition in the valley of death? An equally pertinent question to ask would be: Angels help those who can’t help themselves, who helps the Angels? This is a particularly poignant question to ask, especially when the majority of angel investors are between the ages of 50 and 66 with almost 70% of investors 50 years of age or older according to an Angel Capital Association study published in November 2017. This is the demographic whose earning potential is either behind them or soon will be. Falling into the valley of death and being condemned there perpetually is not an option for this demographic. So, what should a Venture Capital firm, whose Limited Partners have characteristics which are more aligned with those of an angel investor, do? How should the General Partners of a venture capital firm carefully cull and curate the early stage companies with the greatest potential of a healthy return of more than 4x? What would be the characteristics of those early stage companies which can not only prevent an early death but also generate a great multiple for the Limited Partners?

Filtering the Pesticides from the Pollens?

From a distance, all pollens look attractive to bees, but they are not. How do the great bees, the General Partners, ‘smell’ the pesticides in the pollens and avoid them? A great place to start is what is called the ‘Due Diligence’ process, a long and sometimes drawn out process that involves lots of grunt work. This grunt work must be done if great honey is to be made and short-circuiting good due diligence will be a sure path to a permanent abode in the valley of death. Some very important questions to dwell upon are: what is the problem a startup is trying to solve or what is the unmet need the startup is trying to fulfill? What is the market? Where is the market? What is the go-to-market strategy? What is the go-to-customer strategy? What are the financial projections? What does the J-curve look like (Figure 2)? Does the J-curve have a broad, flat bottom or a narrow, sharply rising bottom? Where is an early stage company located at the J-curve? What is the velocity of cash consumption? What is the acceleration in the velocity of cash consumption? What does the J-curve of the actual and projected operating cash flow look like? All these questions need to be satisfactorily answered during the pre-investment due diligence process so that the fearsome ‘Valley of Death’ turns into a healthy J-curve to look forward to! 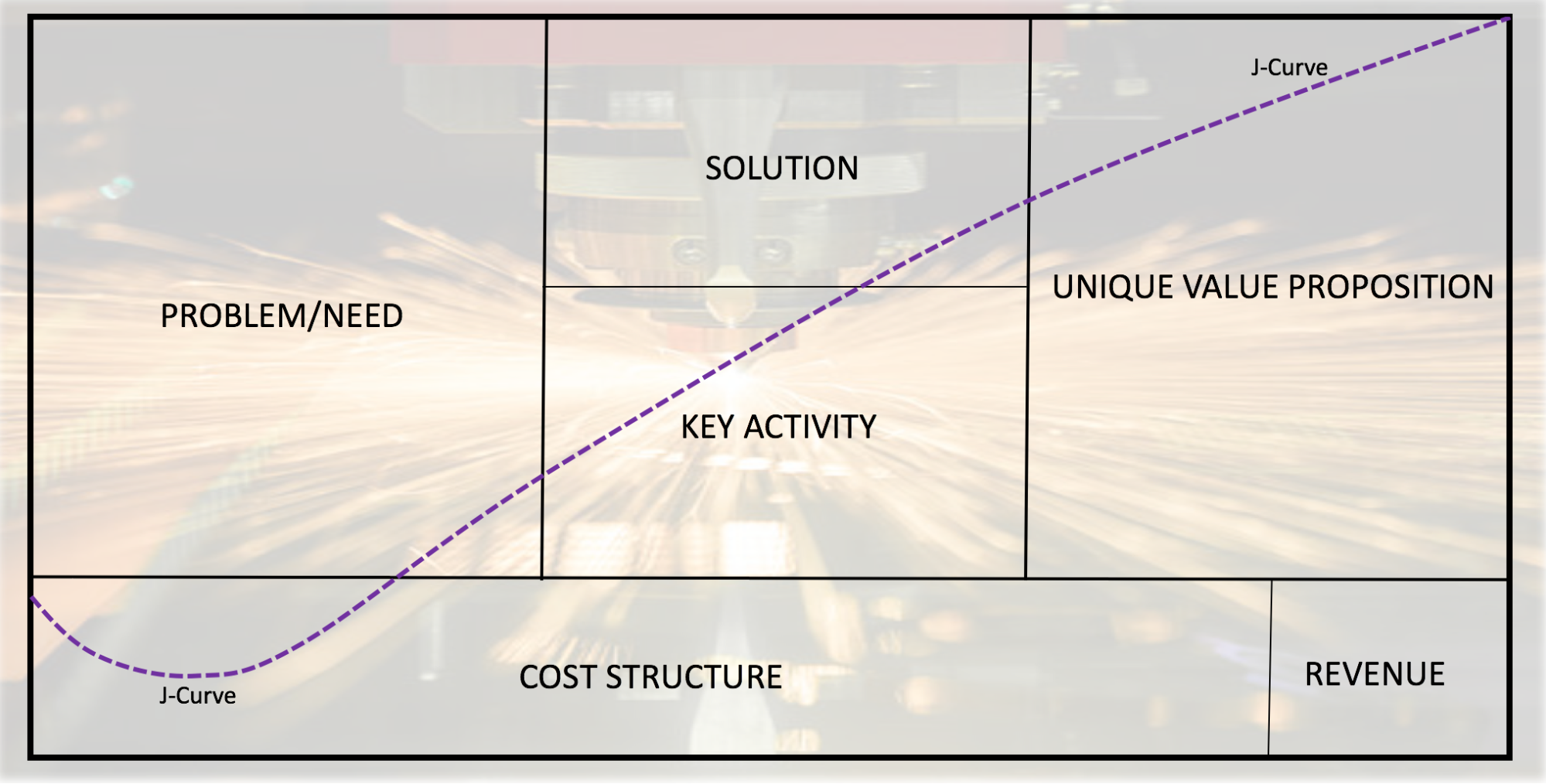 (Figure 2: When the Valley of Death Turns into a great J-curve)!

The process starts with a great quantitative analysis by the General Partners during the due diligence process. Then there are an additional five ‘Dwivedian’ mantras to apply in order to assess an early stage company as a potential investment candidate. These five mantras are: Innovate, Execute, Persist, Connect and Scale. It is important to understand the innovation or innovations that a startup company has made while noting, contrary to popular belief, that all innovation is not invention. What is the intellectual property, if any? Is it protected by a patent filed or a patent granted? Next to having a great innovative idea, execution is the most important vector for success: is the leadership team of an early stage company doing what they said they would do? Have they assigned clear responsibilities and accountabilities in the team? Do they have a great grip on the go-to-market, go-to-customer strategy? Do they have focus on financial levers- revenue, cash, profits, assets? Do they have qualities to persist in the marketplace like Apple did in 1997 for example ? Are they doing the right things to nurture symbiotic relationships in their ecosystem? Are they partnering with unique ‘value propositors’ and constructing synergistic alliances? Are they connecting and communicating frequently and well with their stakeholders? Are they promoting a living ecosystem of mentors and advisors? Are they on a path of building the Inverted Investment Pyramid (Fig 3) quickly? 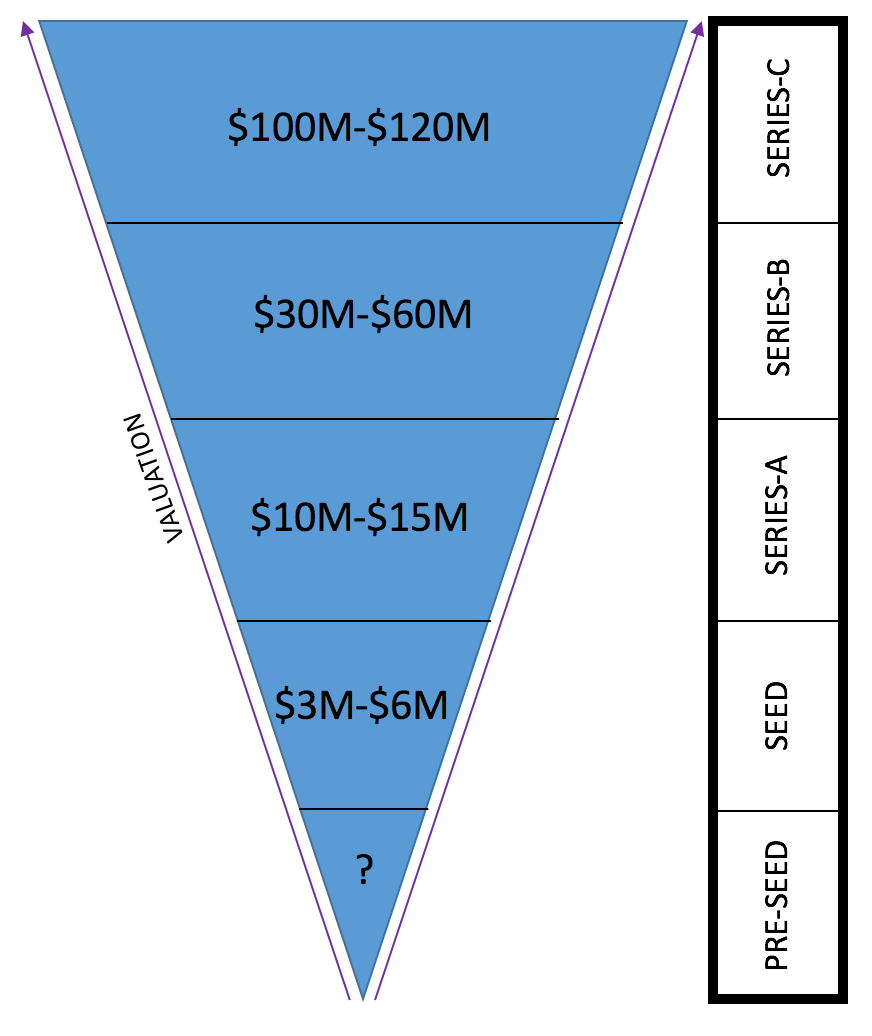 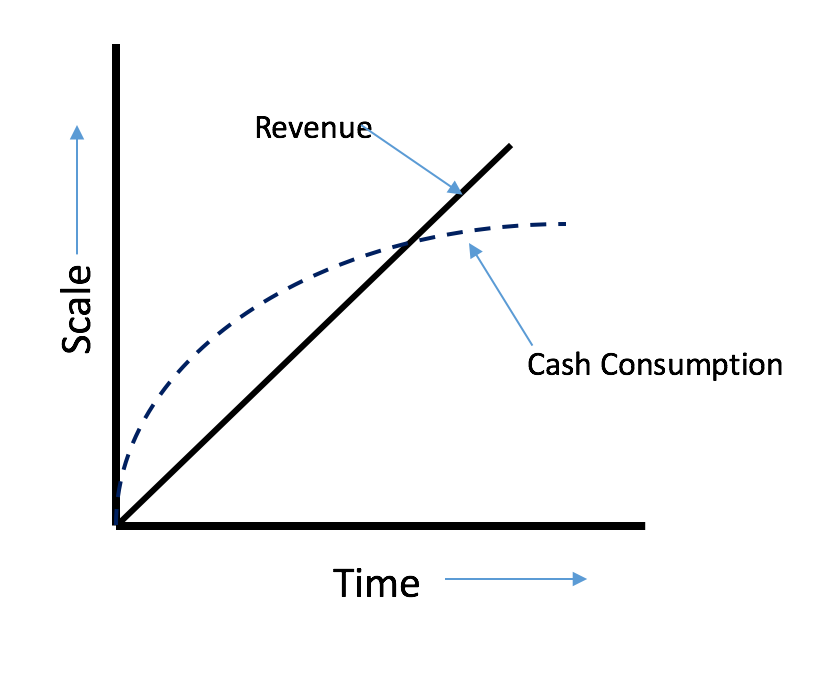 Lastly, but not the least, how will an early stage company scale up? Will the capital required to scale be linear or sub-linear (Fig 4)?

Angels will always tread in the Valley of Death, however, with the help of the right General Partners who have their scanning electron microscopes set at the right magnification and their telescopes vectored to the right constellations, the Angels will fly out of the valley successfully with an escape velocity of 4x!