Customer Funded Growth is the Secret to High Valuation! 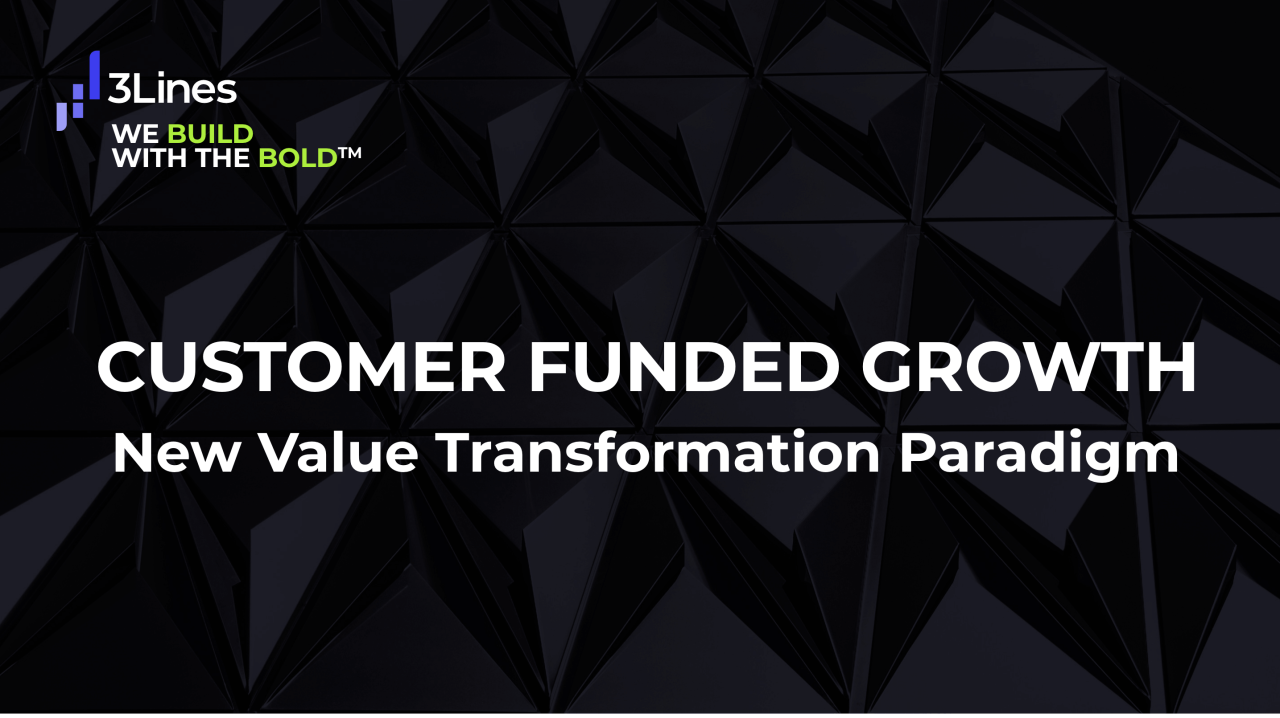 Dallas, TX – Revenue growth is universally recognized as the single biggest way to create value in a company. In today’s VC world, it has become normal to fund multiple rounds of Capital to “enable” this growth to be realized. We routinely see entrepreneurs planning the company’s evolution in terms of a series of funding events. The yardstick of a small company’s progress seems to be measured by their ability to raise money. This is Investor Funded Growth. Typical evolution of a company is from seed funding to series A funding to Series B funding to Series C funding and so on. Founders use the fund raise valuation to establish the value of the company. VC’s use the fund raise valuation to show the increasing portfolio value of their investments as shown in Figure 1. 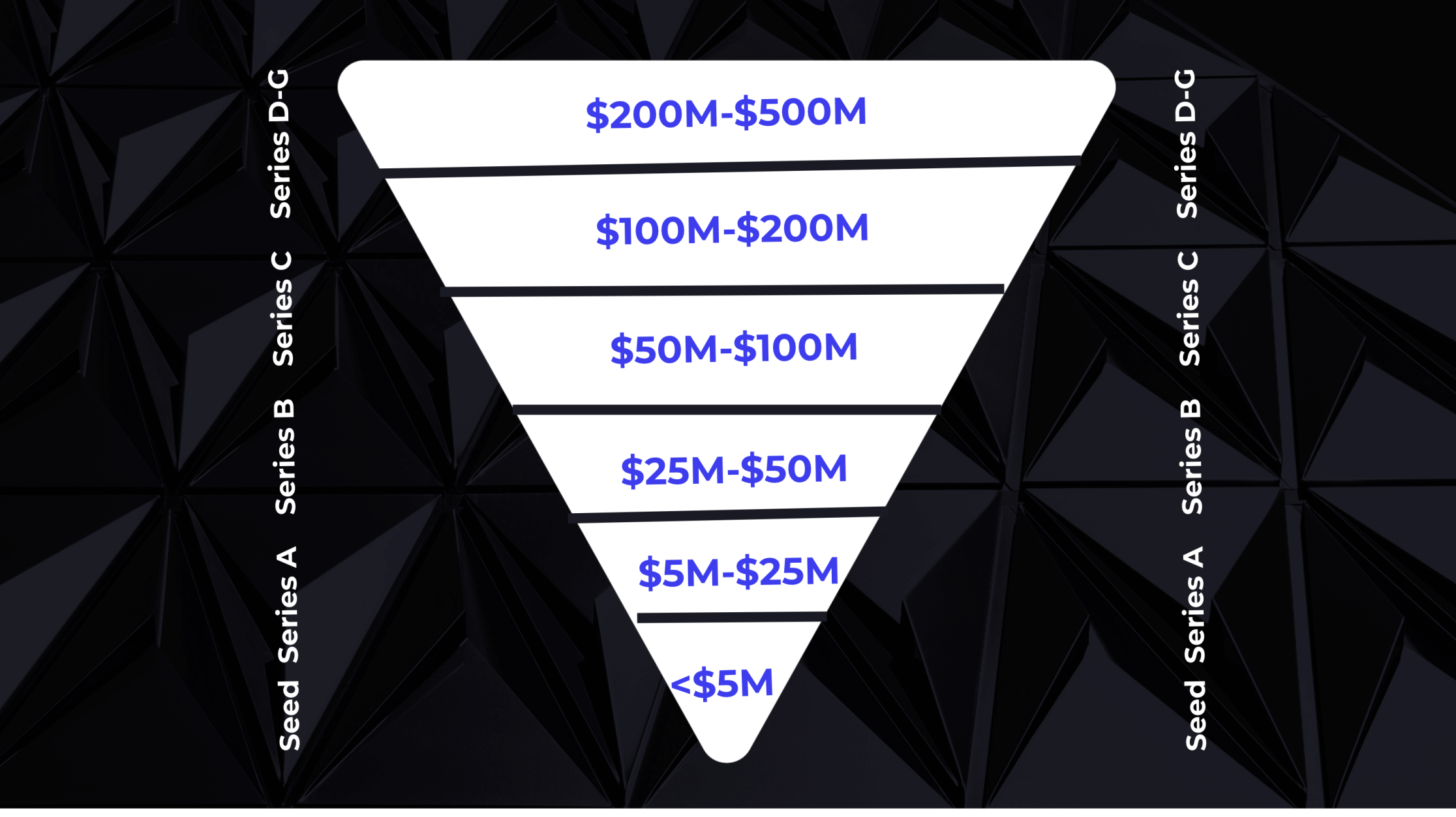 What is the consequence of this process? Most companies find themselves with a high invested capital to revenue ratio that keeps increasing with every round of funding. The Founder promises revenue growth is just around the corner and the investors “hope” this will happen and justify the Fundraise valuation. But the fund-raising drug generally does not close the Capital to Revenue gap.


We see the investors and founders holding up Unicorns like Uber and Amazon as reasons to continue to raise even billions of dollars to enable land grab growth. This creates a huge waste of capital and lack of operational effectiveness for the Founders, CEO’s and management teams.


Let us take an example of a typical funding history of a company that is the norm in the VC growth equity world today. “CapHungry Co” raised a $0.5M seed fund to get started. They do a $2M pre series A raise at a $10M valuation with revenue of $100K, then they do a $5M series A round at a $25M pre-money valuation with revenue of $1M. They do a $ 10M series B round at $50M valuation with revenue at $3M. At this stage they have a capital to revenue ratio of ~5. Founder wants to plan a series C raise of $20M at $100M valuation in the next 12 months to “accelerate” Insane growth. The revenue growth has slowed down and is at $3.5M and he thinks he needs to spend $4-5M in sales and marketing to get the revenue growth. If he goes through with Series C his capital to revenue ratio will jump to ~10. If he were to get a prospective buyer to buy the company, they would value it at a market multiple of revenue of 10x or $35M which is 35% of the fundraise valuation. Hence the real return to the investors would be <1x if they go through with the series C funding.


We believe that a new paradigm of creating value is to focus on Customer Funded Growth rather than Investor Funded Growth as early in the life cycle of a company as possible. A key planning metric for customer funded growth is the “Revenue break even point” when the annual revenue of the company is equal to the invested capital. Beyond this point the ability to drive Capital to revenue ratio <1 creates the most value for the company. 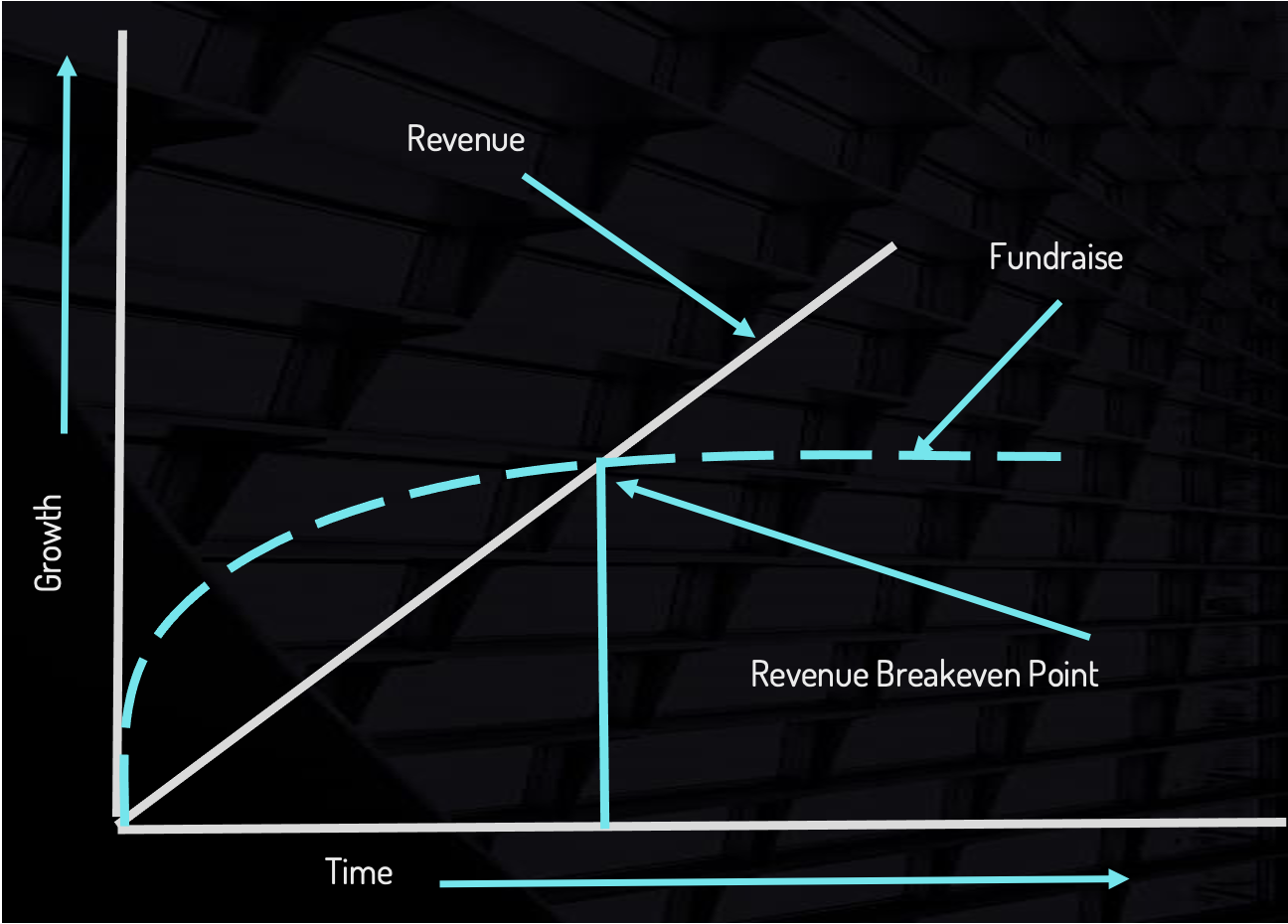 Let us now look at what the trajectory of “CapHungry Co” would be under a capital efficient growth paradigm. They launch with $0.5M of seed funds. They sign up a few lighthouse customers based on the “Painkiller” promise in the first 6 months. They create an MVP product and get the first revenue of $100K for a pilot from customers in 7-8 months which allows them to sign up a few more lighthouse customers. They raise $1M pre series A at a $10M valuation. This allows them to deliver and delight the first two customers and get full revenue of $400K from the next two customers. They are now focused on acquiring customers and generating revenue. The testimonials from the first 2 customers shortens their sales cycles and they can increase revenue run rate to $1M. They raise a Series A of $2M at a valuation of $25M. They focus the Series A money on customer acquisition and delivery only and increase their revenue run rate to $2.5M in the next 12 months. They are now approaching the revenue break even point and need to get working capital to fund customer success and delivery. They raise a $1M venture debt without diluting their equity. This gets them to a $3.5M revenue run rate and a revenue to capital ratio of 1. At Revenue of $3.5M their market multiples of 10x puts their real EV at $35M which is a 10X return on invested capital.

The customer centric company makes every capital decision based on generating revenue from customers:


To evaluate a customer funded growth company, important metrics include:

Dr. Pallab Chatterjee is the Chairman of 3Lines: He is an Internationally recognized High-Tech executive with over 46 years of experience. Prior to 3Lines, he was MD for a $3B+ PE firm Symphony, ex-CEO of i2 and ex-CIO and CTO of Texas Instruments. He has a unique blend of Technology, Business and PE value creation which led to billion dollar exits.